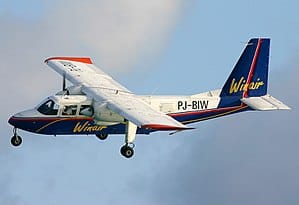 View All Britten Norman For Sale

Britten Norman (BN) is a privately owned British aircraft manufacturer and aviation services provider. The company is the sole independent commercial aircraft producer in the UK.

BN has sold more than 1,250 aircraft to customers in more than 120 countries. In addition to aircraft manufacturing, the company also performs maintenance, overhaul and repair work as well as performing sub-contract engineering and design work.

The company's historic home is located at Bembridge on the Isle of Wight although airframes have been assembled under subcontract in Romania for more than 40 years. Romanian aircraft used to pass through Avions Fairey in Belgium to the UK for certification. Nowadays aircraft are manufactured in the UK at the company's Lee-on-the-Solent manufacturing facility at Daedalus Airfield, a former Royal Naval Air Station. Spare parts production continues at the Bembridge site with sub assemblies also being supplied from the Romanian facility.

The company manufactures such aircraft as the Islander and the militarized Defender both of which are capable of short take-off and landing (STOL) operations. The three-engined Trislander is still operating but is not currently being manufactured. The aircraft are typically used for inter-island schedules.

Many modern Islanders/Defenders have been fitted with turbine rather than piston engines. Some are employed on police or fishery patrol tasks, providing an efficient and roomy alternative to a twin-engined helicopter. Hampshire Constabulary that oversees matters on the Isle of Wight and across Hampshire was one of two police forces using Defender aircraft. In the UK the Greater Manchester Police (GMP) and Police Service of Northern Ireland (PSNI) use the Defender 4000, and the aircraft is also used by the police in the Republic of Ireland, the Garda Síochána. The British Army utilises both the turbine version of the Islander as well as the Defender within its fixed-wing aircraft fleet. These aircraft transferred to Royal Air Force control as part of 1 Group in April 2019.

John Britten and Desmond Norman started developing crop-spraying equipment in the middle 1950s and used de Havilland Tiger Moths (modified at their factory near Ventnor, Isle of Wight) for a contract in Sudan. After that, Britten and Norman (who had both trained with De Havilland) turned their hand to aircraft design.

Their first design was the Britten-Norman BN-1 Finibee, a light single-seater parasol wing aircraft. They pitched the design to several aircraft companies but found no one willing to produce the design.

Britten and Norman made a detailed analysis of the aviation market and decided there was a demand for a twin-engined utility aircraft with the minimum of complex systems that could operate from short, rough airstrips and also be used for high-density commuter flights. This brief developed into the BN-2 Islander, and the Britten-Norman company was formed to produce the aircraft, which first flew in 1965.

During the 1960s, Britten-Norman were involved in the development of hovercraft via their subsidiary Cushioncraft Ltd; their first craft, the CC1, was the world's second hovercraft.

Desmond Norman then designed a four-seater touring aircraft to compete with established types such as the Cessna 172 and Piper Cherokee. A single prototype of the BN-3 ‘Nymph' was built and flown in 1969, but failed to attract significant orders. Norman set up his own company to build the plane, renamed the ‘Freelance' and produced components and fuselage sections for six aircraft. However, orders were still not forthcoming and, following failure to win a military order for the ‘Firecracker' design, Norman's company closed. After Norman's death in 2002, his son has overseen the completion of one of the Freelances to airworthy condition, and plans to assemble and sell the other five, with the possibility of full-scale production.

Following the failure of the ‘Nymph', Britten-Norman continued to develop and improve the Islander design, which was enjoying great success. This culminated in 1970 with the Trislander, a trimotor version with greater range and capacity. In 1975 Britten-Norman won the Queen's Award to Industry for technological innovation for the Trislander.

The Islander is one of the most successful aircraft in British aviation history. Ideal for short haul high frequency operations and commuter roles, the Islander offers a reliable and effective solution to operators.

The Defender offers the latest surveillance capabilities in a durable, low cost high utility aircraft. Built on the core Islander strengths that you have come to depend on, the Defender comes with increased range and endurance, better mission performance and a reconfigurable payload that offers operators greater flexibility and best value for money on operations. 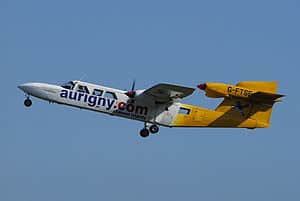 The Britten-Norman Trislander (more formally designated the BN-2A Mk III Trislander) is an 18-seat three-engined piston-powered civilian utility aircraft produced in the 1970s and early 1980s by Britten-Norman of Britain. These STOL capable aircraft were produced on the Isle of Wight. They were also produced in Romania, and delivered via Belgium to Britain for their certification. A number of commuter airlines operated the Trislander in scheduled passenger services.