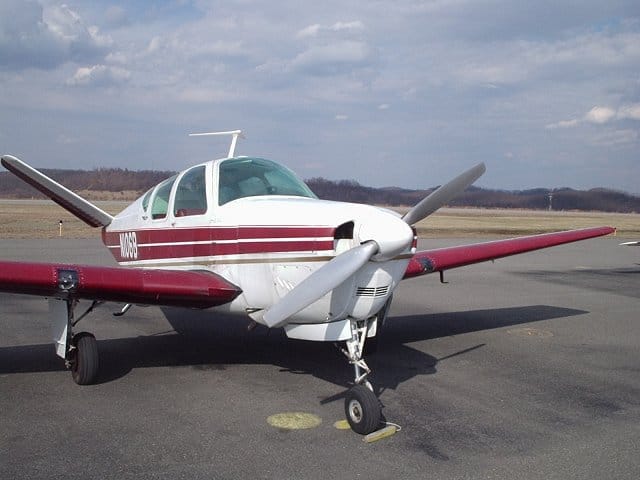 The G35 is a single-engine, piston aircraft configured as a cantilever low-wing aircraft with a V-tail. Distinguishing features are: retractable landing gear, electric pitch propeller. Model G35 Bonanza seats up to 3 passengers and 1 pilot.

The G35 featured a V-tail design, giving the plane a distinctive appearance. The V-tail design reduced the number of flying surfaces from three to two, as compared to a standard, straight-tail plane. It was thought this design would also reduce drag, weight and production costs. The plane also featured long-chord stabilators and a single, throw-over yoke control. The plane sported push-pull engine controls and electric propeller-pitch change control. The wings featured aileron trim. The gear handle was positioned on the right-side of the cockpit and the flap control was on the left. The G35 used “sigh and touch” gear and flap control technology. It also sported flap and ruddervator rivets in place of welds.