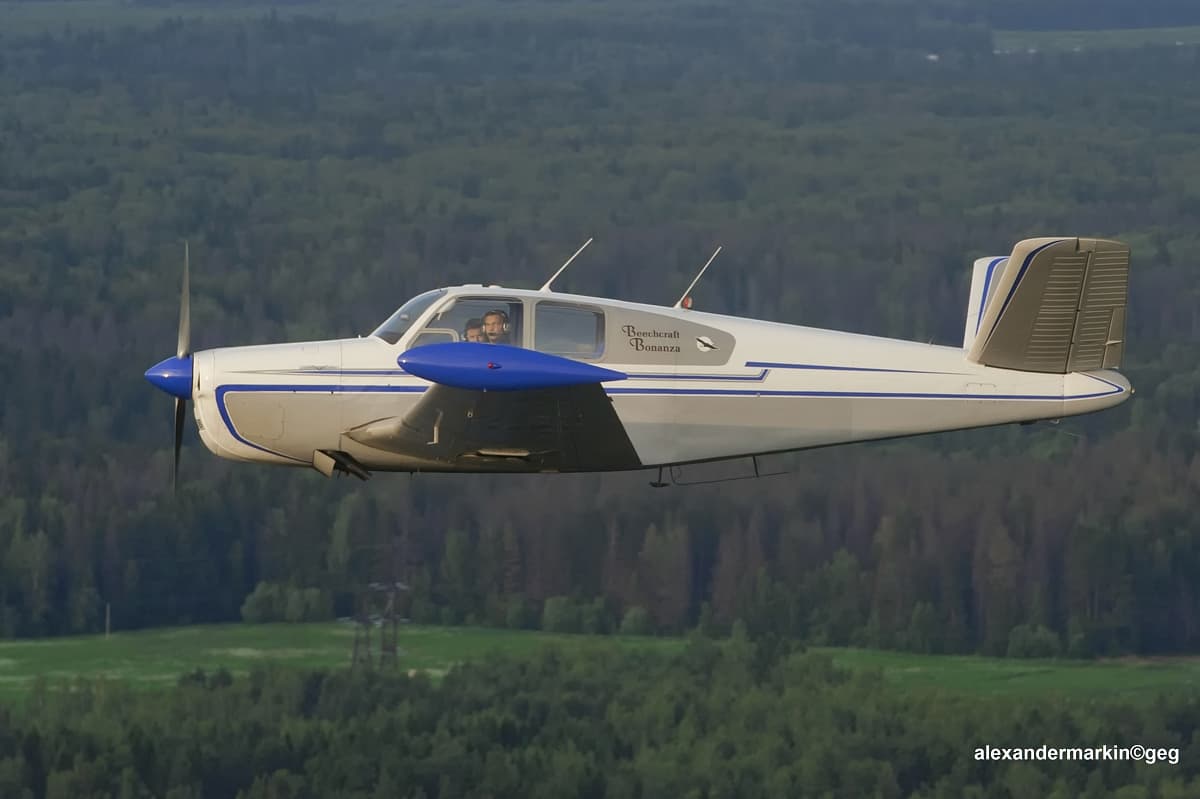 The Beech Bonanza C35 was manufactured from 1951 until 1952, serial number D2681 through D3400. It is a single-engine, piston aircraft configured as a cantilever low-wing aircraft with a V-tail. Distinguishing features are: retractable landing gear, constant-speed propeller. Model C35 Bonanza seats up to 3 passengers and 1 pilot.

B35 with a 185hp Continental E-185-11 engine, metal propeller, larger tail surfaces, and higher takeoff weight, approved for the Lycoming GO-435-D1 engine. The Model C35 Bonanza was built from late 1950 through the 1952 sales year. Significant changes included a more powerful Continental E-185-11 developing 185 hp continuous and 205 hp at takeoff for one minute. Chord of the V-tail was increased 20% and the V-angle increased to 33 degrees. Gross weight was increased to 2700 lbs and cruise speed 178 mph. 719 C35 were manufactured.