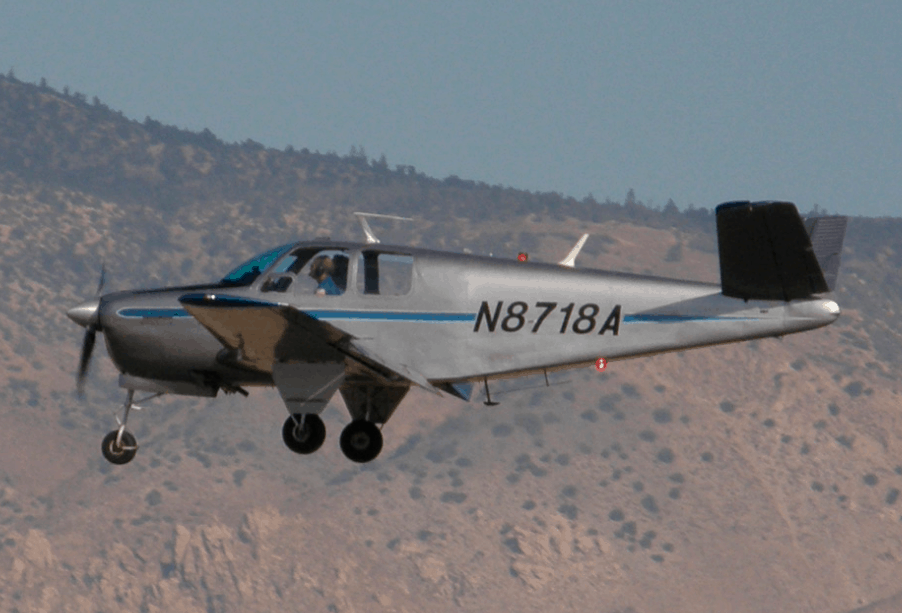 Find all Beech B35 Bonanza Aircraft For Sale

The Beech Bonanza B35 was manufactured in 1950, serial number D2201 through D2680. It is a single-engine, piston aircraft configured as a cantilever low-wing aircraft with a V-tail. Distinguishing features are: retractable landing gear, variable pitch propeller. Model B35 Bonanza seats up to 3 passengers and 1 pilot.

The Model B35 Bonanza had all the improvements found in the A35 but featured the Continental E-185-8 engine that developed 196 hp for one minute at 2450 rpm. Flap extension increased from 20 to 30 degrees, front and rear cabin armrests and chart pockets were minor improvements found on the Model B35. B35 illustrated has standard exterior paint scheme. Note baggage door located on right side. 480 B35 were produced during the 1950 sales year.

Find all Beech Bonanza B35 for sale now!