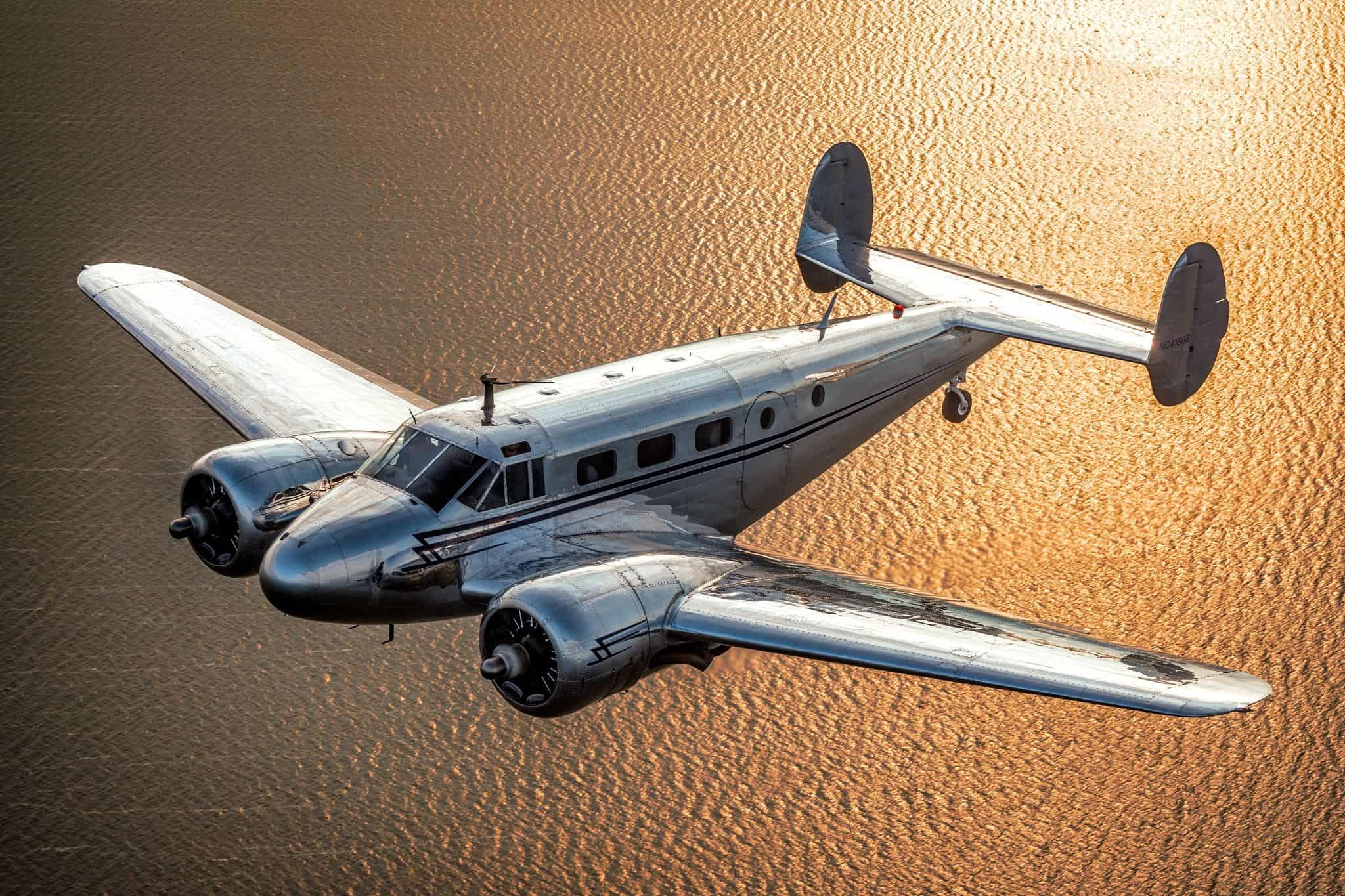 View All Beech 18s For Sale

The Beechcraft Model 18 (or “Twin Beech”) is a 6- to 11-seat, twin-engined, low-wing, tailwheel light aircraft. It was manufactured by the Beech Aircraft Corporation of Wichita, Kansas, from 1937 to November 1969 (over 32 years, a world record at the time). Over 9,000 were built, making it one of the world's most widely used light aircraft. Sold worldwide as a civilian executive, utility, cargo aircraft, and passenger airliner on tailwheels, skis, or floats. It was also used as a military aircraft.

During and after World War II, over 4,500 Beech 18s were used in military service. As light transport, light bomber (for China), aircrew trainer (for bombing, navigation, and gunnery), photo-reconnaissance, and “mother ship” for target drones. (including United States Army Air Forces (USAAF) C-45 Expeditor, AT-7 Navigator, and AT-11 Kansan; and United States Navy (USN) UC-45J Navigator, SNB-1 Kansan, and others.) In World War II, over 90% of USAAF bombardiers and navigators trained in these aircraft.

Search for Beech 18 for sale now!