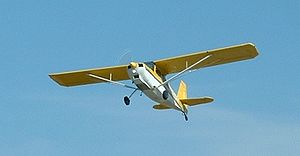 View All American Champions For Sale

American Champion Aircraft Corporation, is a manufacturer of general aviation aircraft headquartered in Rochester, Wisconsin. Founded in 1988 on the acquisition of the Champ, Citabria, Scout, and Decathlon, it has been producing replacement parts for these aircraft since that time. It has also been producing new aircraft since 1990.

The long standing design has proven stable and comfortable for over 50 years. The aircraft are a stronger, better built, better handling aircraft because of generations of refinement. Our privately owned company assures that the planes are built right, and not under the pressure of corporate cost / profit / production projections.

ACA has owned the type certificate to the Model 7 and Model 8 Champion Line since 1988, and has been supplying parts from the very beginning. New aircraft manufacture began in 1990 and has continued to grow since.

ACA's line of “Champs” is centered around the design change of metal spar wings, offering a more stable and sturdy platform than before. The line of Aircraft continues to be improved and modernized, is 100% FAA certified, and is still the most versatile and affordable two seat tandem tail-dragger in its class.