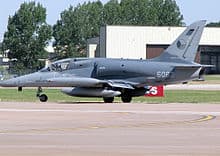 View All Aero Vodochodys For Sale

Aero Vodochody (commonly referred to as Aero) is a Czech (previous Czechoslovak) aircraft company. The factory and factory airport is located in Prague-East District, on the territory between Vodochody and Odolena Voda region. It was active from 1919, notable for producing the L-29 Delfin, L-39 Albatros, L-59 Super Albatros, and the L-159 Alca military light combat jet. From 1929 until 1951 Aero also made a range of small and medium-sized cars with two-stroke engines, and in 1946–47 it built the Škoda 150 truck under license.

After the fall of the communist government in Czechoslovakia (1989) and in the rest of Central Europe, the company lost a major portion of its main market in jet trainers. Sales of military aircraft declined in the early 1990s in Eastern Europe as well as in NATO countries where the entry of a new producer was obviously unwanted. Aero was controlled for several years, 1998 to 2004, by Boeing.

At the end of October 2006 Aero Vodochody was privatized once again. A Czech-Slovak investment group Penta Investments bought it for roughly 3 billion CZK.

Currently, Aero Vodochody produces the Sikorsky S-76, center wing box for the Alenia C27, door subassemblies for the Embraer 170 and Embraer 190, cockpit for the UH-60, gun bay doors for the F/A-18 Super Hornet, subassemblies and parts for the Airbus A320 family, fixed leading edge kits for the Boeing 767, and the L-159 advanced light combat aircraft.

Aero is also likely to upgrade the runway at its Vodochody Airport near Prague to international airport standards which would serve mainly the low-cost air-carriers and charter flights heading to Prague.